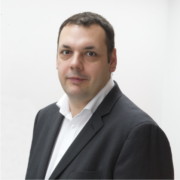 An international expert in construction law, Michael Gallucci, has qualified as an RICS mediator.

Mr Gallucci, who runs London-based consultancy MPG, advises clients in the UK and the Gulf on construction law. A regular speaker at global conferences, he firmly believes that more businesses in the real estate sector should mediate to find a resolution to their disagreements.

“The construction sector sees a large number of disputes, often to do with late payment, and eight out of ten times when they do go to court, the parties will be instructed to go away and seek an out of court settlement,” he points out. “So it makes sense to go to mediation first and avoid the costs of a court case.”

As well as advising on legal matters, Mr Gallucci, a qualified RICS surveyor, and his team also act as management consultants on behalf of organisations involved in major construction projects. These have included the $30 billion Business Bay in Dubai where MPG provided contract administration, project management, quantity surveying, cost management and other services, and the £242 million Aquatics Centre for the London Olympics where the company provided contract administration, quantity surveying and cost management services.

He recently completed a successful speaking tour in the Middle East, including as a speaker at Big 5 in Dubai, the region’s largest construction industry event.

Nearer home, Mr Gallucci has joined the Civil Mediation Council, and is volunteering his mediation services to resolve family disputes via a St Albans charity. He is also mentoring two young professionals through their dissertations towards qualification as RICS surveyors.

As an RICS Accredited Mediator, Mr Gallucci’s name will be added to the list of qualified mediators managed by RICS Dispute Resolution Services.

Arbitration is a proven way to solve disputes in the property and construction sector. Here are four examples of how our services helped clients in the arbitration process.