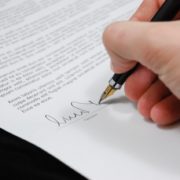 The year 2018 will be remembered as the one when it became absolutely essential – if it wasn’t already – for contractors to have effective programmes in place when undertaking major construction projects.

The new and much more extensive FIDIC Yellow Book, published on December 5 alongside updated versions of the red and silver books, introduces conditions that make implementing programmes and cost controls even more important on developments where an engineer has been appointed as project manager.

Because of numerous new clauses, programmes will be vital in 2018 if contractors are to protect their interests when claiming for delays or combating counter-claims.

Programmes are necessary for claims because they become yardsticks against which to measure the effects of delays. FIDIC already requires a baseline programme to be produced by the contractor, and the new edition – the first for 18 years – brings in new clauses in critical areas, including early warning, that ramp up the requirement for accurate monitoring and record-keeping.

Contractors need to consider if they have enough of the right personnel in their admin teams to produce, revise and update programmes as well as to keep accurate cost records.

While the new Yellow Book increases the administrative burden on contractors, they may be comforted to know that it also sets out to reset the balance of responsibilities between employers and contractors. For example, employers no longer have an open-ended claims window with the introduction of new deadlines for both parties.

When producing a baseline programme, the contractor should ensure it:

•         Shows dates when the employer’s input is required, with links to the critical path

Contractors must revise programmes when the baseline programme no longer complies with the contract, it is no longer consistent with progress or extensions of time have been awarded.

It is also crucial to produce updated programmes at regular intervals to record progress and to predict the completion date. These will be invaluable in any analysis to establish the effect of delays.

Contractors should keep accurate cost records because FIDIC allows for Contractors to claim for incurred costs in certain circumstances. In the case of a breach of contract, the law provides that the other party is entitled to be put back in the position that he would have been had the breach not occurred.

FIDIC defines costs as ‘all expenditure reasonably incurred (or to be incurred) by the Contractor, whether on or off the Site, including overheads and similar charges. In a claim for costs, the contractor must have a way to demonstrate the expenditure incurred, so contractors should record:

The Yellow Book is the recommended “design and build document for projects where the employer wishes to protect its interests by appointing an engineer to supervise the overall construction of the works, notwithstanding that the overall responsibility for design lies with the contractor”.

At more than 100 pages, the new edition is much longer than its predecessor. It introduces a provision for early warnings designed to encourage the contractor and the supervising engineer or project manager to work together to tackle the delay rather than apportion blame. While it is unclear what steps they will be required to take, documenting the process and any agreements will be critical if the issue deteriorates so that one party makes a claim against the other.

The claims procedure in the new version of the Yellow Book now runs to three pages, and introduces a 28-day deadline for giving notice of a claim that applies to both contractor and employer. The notice period extends from when the claimant becomes aware of the event or ought to have become aware.  The claim itself has to be submitted within 42 days.

To avoid formal adjudication where possible, the Yellow Book introduces a clause to allow both parties jointly to refer to the Dispute Adjudication / Avoidance Board.

That’s indicative of a general movement in the FIDIC books towards encouraging parties to work together to resolve matters before claims. If the additional conditions mean fewer escalating disputes, everyone should welcome the new Yellow Book.

Michael Gallucci is the Managing Director of MPG, a UK-based consultancy providing surveying, project management, expert witness and dispute resolution service. He is an experienced MEP quantity surveyor and quantum expert witness with over 25 years’ experience in the construction industry, specialising in mediation, arbitration and dispute resolution. He has an MSc in construction law and arbitration, and is a member of the Society of Construction Law, the Chartered Institute of Arbitrators and the Royal Institution of Chartered Surveyors. 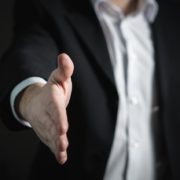 We don’t know just how many construction contracts end in dispute, but it’s plain to see the sector is far more prone to legal wrangling than other spheres of business.

The issue was officially recognised with the launch of the Conflict Avoidance Pledge, which aims to change behaviour in the land, property and construction industry by getting firms to look at their working practices and the way they deal with disputes.

I spend much of my time advising clients how to avoid disagreements by understanding their contracts and having proper administration in place, but I also spend a lot of time helping to solve cases that have reached the courts. My own experience reflects the wider picture that many of these arguments could have been settled without formal litigation, and without the associated costs.

It is startling how eager developers, contractors and joint venture partners are to take each other to court, even when there are initiatives designed to encourage them to seek alternative resolutions.

Both parties in a dispute are supposed to at least consider mediation before commencing proceedings, but they can circumvent the Pre-Action Protocol for Construction and Engineering Disputes by mutual agreement and routinely do so.

Often, contracts stipulate that parties should seek mediation in the event of a dispute, but it’s not mandatory and generally the clause gets ignored.

But look at what happens once you head for court. As the aggrieved party, you complete a form and send in a court fee. In the construction sector, we’re used to dealing with big numbers, but even a relatively modest £100,000 claim will usually mean a court fee of £5,000, and it rises proportionately.

Next, you send your claim to the court. The other party responds. The judge tells you both to go to see a mediation service. Given that 90 per cent of cases get settled at mediation, surely it would make sense to circumvent the court process and, for a fraction of the court fee, go to mediation.

Another huge benefit of mediating is the time it takes to resolve a case, usually only one or two days. Compare that with the average length of time it takes a case to get resolved in the UK courts, which according to one report is 12 months. In the UK, we supposedly have a fast track court process, but while it may be swifter than similar systems elsewhere, it is certainly a stretch to describe it as fast.

Why are firms reluctant to mediate? One reason is that one party or another in any dispute may simply hope the problem goes away before it comes to the crunch and they have to face the judge. Another is that mediation may seem unfamiliar.

Yet mediation is not uncommon in the construction industry. As I mentioned earlier, cases that reach the courts routinely wind up in mediation. This is because official guidance states that courts should encourage parties to use alternative dispute resolution, which almost always turns out to be mediation.

Independent mediators are there to get a discussion going so that the parties can resolve their differences. Unlike with the brutal winner and loser scenario of a court judgement, this can enable the business relationship to continue.

I fervently believe that prevention is better than cure, and I would urge contractors to get expert advice on contracts, establishing programmes and setting up proper administration. However, if things do go wrong, I would urge everyone involved in a dispute to consider mediation as the first point of call.

In fact, I am so passionate about the concept that I have just become an RICS Accredited Mediator