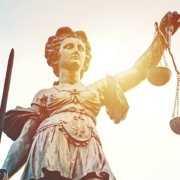 A new court judgement will have a major impact on disputes involving companies in liquidation, says leading construction consultancy MPG.

The decision in the Technology and Construction Court (TCC) means that companies in liquidation will not be allowed to use adjudication to settle financial claims.

Michael Gallucci, MPG’s managing director and an RICS accredited mediator, said: “Companies in liquidation and their advisors have often sought to settle claims through adjudication, even though they have generally been unsuccessful. This judgement will put an end to those kind of claims, saving time and costs for the courts and respondents.”

The case of Michael J Lonsdale (Electrical) Ltd against Bresco Electrical Services Limited (in Liquidation) related to claims and counter-claims between the two companies over a sub-subcontract.

When Bresco began adjudication proceedings to identify its financial entitlement, Lonsdale responded by calling on Bresco to withdraw the proceedings and also requested that the adjudicator, who had already been appointed, should resign, based on an earlier judgement. After Bresco and the adjudicator both refused to withdraw, Lonsdale took the case to the TCC.

Because Bresco was in liquidation, Mr Justice Fraser QC ruled that the claims and cross claims could not be separately enforced. Instead, under the Insolvency Rules, there was a single claim to a net balance once the various claims and counter claims were set off against each other.

This meant that the claim could not be settled by adjudication proceedings because it was not a claim “under the contract” and therefore an adjudicator would not be authorised to rule on it.

The effect of the judgment is that companies in liquidation will not be allowed to use adjudication proceedings to pursue financial claims where there are claims and cross claims between the parties.

The Court also awarded a permanent injunction against Bresco pursuing such an adjudication against Lonsdale.

Mr Gallucci added: “It is likely that any adjudicator appointed in a similar case would now resign if a respondent requested that he or she should do so based on the TCC judgement.”